I just signed Lancey up for his first dressage show with me since... 2016?

When I was still bringing him on for his previous owner as a jumping pony, I used to take Lancey along to the SANESA shows when they still allowed "supporters" to enter. We did one where we added on a dressage test just for funsies, and honestly, he did pretty well. We scored in the high 60s at Prelim with a strict judge, which isn't too bad considering that he was a five-year-old piloted by a girl who had exactly one actual dressage lesson under her belt. His attention span and physical strength at the time were also so poor that I didn't actually warm him up at all. There was a howling wind and the arena was right on the edge of a poplar grove, and the trees were whipping around like crazy. I got on him in the warmup, walked across it to the show arena, walked around the arena, and that was it. We went straight in and he was super. I even still have the test - the judge's comment was "quite good [ineligible squiggle] shown, at times pony could have more bend and cover more ground".

(Lancey would like to interject that, at a mighty 15 hands, he is not actually a pony).

Whatever quite good ineligible squiggle he had, I'm hoping it stands us in good stead last time. That test was more than five years ago now and it was also the only dressage show he's ever done. The last time I actually showed him was at Horse of the Year in February 2020... and so obviously the thing to do, for his second ever dressage show, was to enter him in Elementary 5 and 6.

I know I have a few American readers (thank you for being here!), and the South African dressage level names make exactly 0% sense, so Elementary is along the same lines as 2nd level. Tests 5 and 6 are also the hardest in the level. They include a bunch of shoulder-in, turns on the haunches, rein-backs (which are coefficients), and also counter-canter half circles and simple changes on the long side out of counter-canter.

So, like... not the usual tests you'd pick for a horse's second dressage show, and the only reason I can show him at Elementary at all is that you're allowed to show one grade higher than your horse is registered. He's registered as Novice (1st) now, so we're going to give this a shot.

A few months ago, I would never have dreamed of riding him at Elementary and was having doubts about whether I should even ride him at Novice. But it seems like Coach's speech is getting through to me. What would be the point of messing around at Novice on a horse who actually does have all the Elementary movements and many of the Elementary-Medium movements, too?

Am I going to regret this? If I make a real hash of it, maybe, but it's still worth the try. Is it going to hurt my Lanceypie? Not in any way. He can do the work; it's me that might fizzle a bit in the show ring. As long as there's no risk to my dear horses, I'm trying to think more like a bold competitor, like someone who's ready to go big or go home. I don't just want to survive through shows anymore: I want to ride. This is my first attempt at developing a big match temperament, and I'm excited to see how it goes.

The pony has been riding his tests pretty nicely, honestly. One or two small mistakes, but nothing I can't iron out in a ride. There is always the chance that he might pop up his head and throw away some marks, but I can get it sorted out within a couple of strides, so we'd lose one movement - that's all. My goal for this show is to get a couple of grading points, and, more importantly, to really give it my best shot. Not just manage my nerves and avoid falling off!

Weirdly enough I'm feeling less nervous for this show than usual. Maybe that will change closer to the time, or maybe there's something to be said for this whole "go for it" mentality. Only time will tell!

PrancingPony is being clipped tomorrow and he has hearts clipped on his butt and, since I'm on a rebel roll, I'm leaving them right where they are! 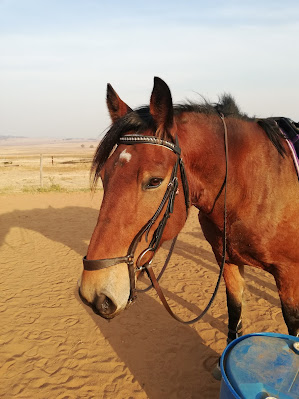 Thunder also has some big plans on the horizon. I'm really, really hoping to ride him at our big provincial show. It all depends whether or not I can sell this random Bombers bit that I found at the bottom of my bit box while I was looking for a snaffle for a kid (people have donated a ton of weird and awesome stuff to me over the years). The chances of me ever using a non-dressage legal Uber Expensive Bit are very low, so hopefully I can make some of the entry fees back.

He's been going super well, too. Part of that has absolutely been the fact that I'm way, way more consistent about what I'm asking him, but on my last post, Teresa commented some of the best advice I've ever gotten. I've been trying it, and it's awesome! It stops things from devolving into a fight and keeps my heart up. Her words were something along the lines of "throw your heart out in front and chase it". Teresa rocks, y'all. To put a Riding on Water spin on it, it's about heels down, leg on, eyes on Jesus. I love it.

Unfortunately, since we didn't get grading points in 2020, Thunder is also competing at EM but registered at Elementary. Rules say we have to ride Elementary at the big show, which is kind of a bummer considering we were actually about to ride Medium, but hey - lower level, bigger scores (maybe).

We'll see how things pan out, but God willing, I'd absolutely love to ride in it.

In Scripture reading, I've finished the reign of Solomon and now heading into the sad descent of Israel and Judah into sin, ultimately leading to the captivity. It's so easy to judge someone like Jeroboam. His reign was prophesied, he saw God's power, and he even had his own hand shriveled and then miraculously healed at the word of a prophet. Still, for political power, he set up idols in Israel and led the people astray. How can you see God work like that and still serve a golden calf? Just like the Israelites did, walking through the Red Sea, then turning aside to worship a deaf and dumb idol.

Yet I have done the very same. Surrounded by His creation, walking in His grace, still my heart sets up idols for itself, running after money and success and popularity when I'm offered grace, love and eternity. We all have a little Jeroboam in us, and that's why Christ came to the cross.

Perhaps the trouble I've had with dressage is not that I care too little about riding well, but that I care too much about not riding badly. I need to throw it all to the winds and just ride my heart out in worship to the Lord. To ride boldly and wholeheartedly, not to worship idols like ribbons or judges or prestige, but to worship the God Who made us all.

I've learned more than better dressage working at the Friesian farm. The management there is incredible, the best I've ever seen, a... 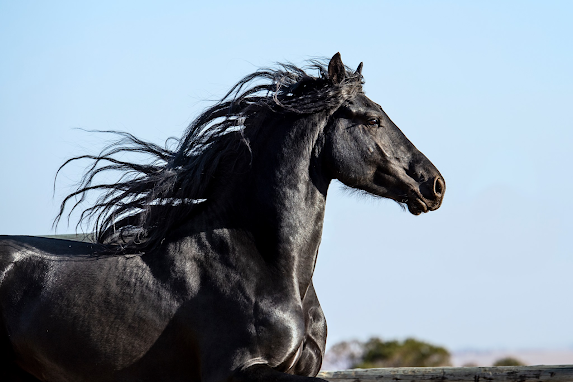