After a busy weekend, Lancey had last Monday off and then lunged on Tuesday afternoon. He was a bit of a pain to lunge, honestly. My usual setup -- elastic side reins on the bottom ring of the roller, between the front legs -- was really great at getting him to stretch and soften instead of running around in his patented Arab PoseTM, but he's starting to get really heavy on his forehand in it. I have my Pessoa back now and I'm intrigued to try him in it next time he lunges; I think there will be some shenanigans at first but once that is over he might bring his bottom underneath him much better.

Thunder lunged on the Monday, and on the Tuesday, I schooled him. We worked hard on getting that change from left to right more through, and on the videos, I saw a huge improvement. He gave me several really nice, through, relaxed, expressive changes on that side. We also worked on the half-passes briefly, especially in trot, and he continued to feel much better.

On Wednesday EM came over for a ride and we had a great time. She took Flashy -- she is hoping to find her own horse soon, but Flashy will be showing her the ropes for now -- and we had a lovely long walk/trot in the sunshine with the doggies all around, chatting about life and people and God. I think that this might be one of the biggest gifts the Lord has given me when He gave me horses: this safe space to talk and enjoy deep and silly conversations with the rhythm of a horse to punctuate it all. I wouldn't call myself socially anxious but I do have a hard time connecting with people, but when I'm on a horse it all just disappears. EM is lovely, too, and we go back a long way, so it was just wholesome and happy and good. Flashy was a bit resistant at first until Lancey and I crashed into the bushes and I broke off a switch for EM, and once he'd had one flick around the bottom and we took a nice long trot, he actually pricked up his ears and began to enjoy himself hugely. EM has been good for him. 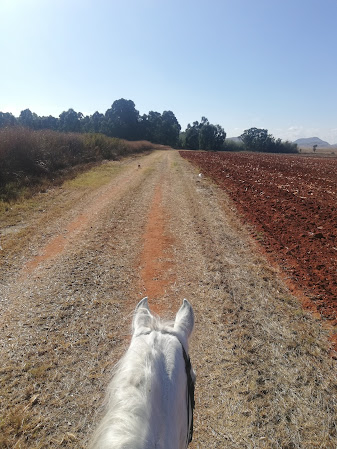 Lancey, of course, didn't put a foot wrong the whole time and I don't think I ever actually put both hands on the reins. He was more than happy to trade his enormous Arab trot for a quieter rhythm to keep in step with Flashy.

That afternoon, the dentist came over and checked everyone's teeth. To my great relief, we only had a handful that needed to be done. Lancey happened to be one of them. My current dentist uses power tools and so he checks my whole yard each time but normally only floats every 12-18 months to avoid taking off too much. Skye hasn't been done in ages but he said that there's so little tooth left that it doesn't really wear down anymore, so he's not going to mess with it unless there are sharp edges. The only ones of mine that needed to be done were Faith and Lancey. Neither were terrible, so it was all very routine. With the most minimal sedation they both actually behaved perfectly (we won't talk about Shaila who put up a terrific fuss even with sedation). Lancey hardly moved a muscle. He was a tiny bit sharper on his right, which is the side he's wary of connecting to, so it could be either cause or effect of his unwillingness to take the bit on that side. Either way, it does seem better now. 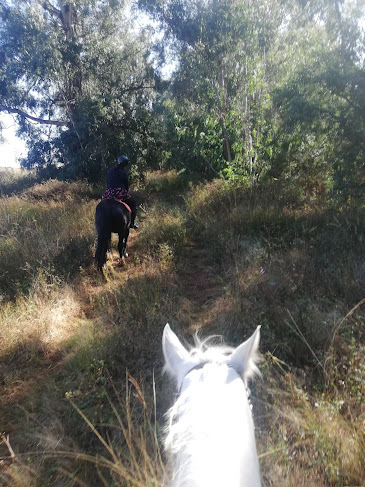 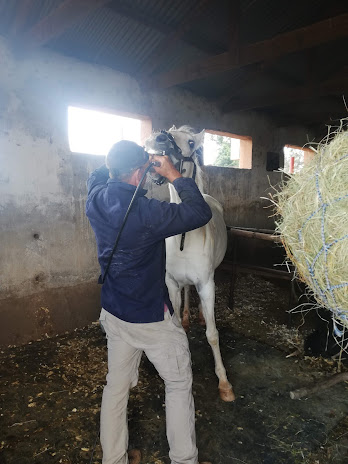 Thunder had Wednesday off because it was hectic with the dentist being around, but I did lunge him on Thursday morning, increasing the intensity and adding a lot more spirals and transitions but sticking with 16 minutes in total.

I honestly don't even remember what Lancey did on Thursday, I think I may have lunged him again? Or maybe he had the day off, it was a busy one. Either way, on Friday morning everything was very hectic. The vet came to do microchips and scans at the same moment as Chiro J arrived. They'd both been very busy and I was lucky to get appointments at all, so between Madela and I we just had to swing it. It all worked out in the end. Dr. K (a gift to horse-kind, honestly) put chips into Rose, Lassie and Wynnie and took hair samples for their DNA. Then she scanned Rene, whose baby is chugging along great, and had a look at a weird spot on Dawn's jaw that might need to be cut out at some point.

Chiro J was just as busy. He worked on Jamaica, who was a bit desperate for it, and then on Bullet and checked out Faith who is about to come back into work. Faith surprised us both by not needing any work done whatsoever, even though she conceived by live cover in the field and then had a little trouble giving birth.

Finally, I had him check out that asymmetrical feeling Lancey has been giving me since he came back into work. I could easily feel it even walking on the buckle on the trails, so I was pretty sure it was coming from somewhere back in his body, probably his sacrum (which has a habit of doing funky things). Sure enough, his sacrum was misaligned on the left, and he also had two lumbar vertebrae rotated to the left, with two ribs on the left and one rib on the right misaligned. He also had a little tightness in the middle of his right neck.

That was the end of Lancey's Week of Costing Mother Lots of Money, but he did feel significantly better afterwards -- which I'll talk about later. He had Friday and the weekend off to let everything settle after chiro, but I put Jamaica's kid on Thunder in her jumping lesson that afternoon because her horse was also off after chiro, and he had a blast jumping through a gymnastic and letting her push all the fun buttons. She rode up to Elementary on Jamaica so she really enjoyed riding half-passes and flying changes, even though his changes were dead lazy with her (on the aid but always late behind), little bugger.

July was a real rollercoaster! After babysitting the Friesians again for a month while K was away in May-June, we went on holiday, and only... 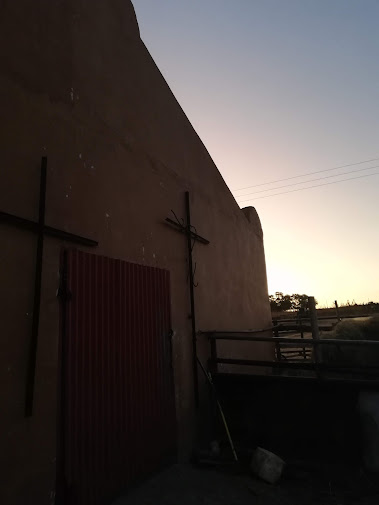